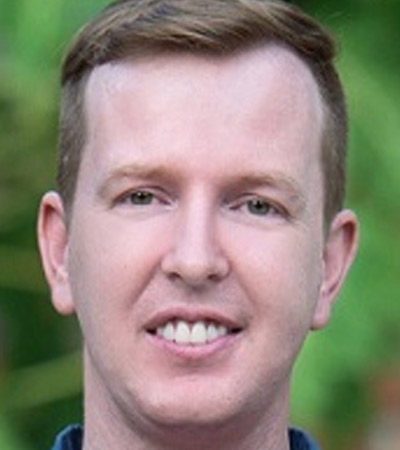 Before founding award-winning NGO This Life Cambodia, Billy already had a dynamic career in the fields of international development and conservation, designing and delivering powerful social justice initiatives, initially in Australia and for the last 15 years in Cambodia.
With a background including conservation, education, equality, and human rights, Billy’s expertise in partnering with and working in the best interests of local communities has led to him being a sought after mentor to other NGOs, an international awards judge, and in-demand international speaker.

In 2007 he founded This Life and led it as it expanded from 2 people in his lounge to a staff of 90 based in Siem Reap and Phnom Penh, delivering high impact programs that have supported thousands of individuals and families. This Life's excellence was recognised in 2015 by the prestigious Stars Impact Award. This highly rigorous award celebrates locally led organisations improving the lives of children and young people. In 2019 This Life won the Global Grassroots Justice Prize, an honour bestowed by a judges panel as well as winning the public vote. In 2021, This Life won The Global Good Award for Community Investment.

As Executive Director for This Life, Billy is responsible for setting the strategic direction for the NGO in delivering 13 programs covering Children and Families, Communities and Impact, Learning and Effectiveness. He is passionate about working in a creative, innovative, and collaborative way and drove national campaigns to end domestic violence and strengthen families which reached more than 2 million Cambodians and received wide local and international media attention.

Billy is a highly consultative leader, an adept negotiator who understands and works within cultural mores to achieve optimal strategic and operational objectives. He has cultivated productive ongoing relationships with Cambodian government ministries and overseen the accreditation of This Life in Australia as a Registered Charitable Institution (NSW), accredited with the Australian Not for Profits and Charities Commission (ACNC). He also led This Life's achievement of Governance and Professional Practice accreditation through the Cooperation Committee of Cambodia. 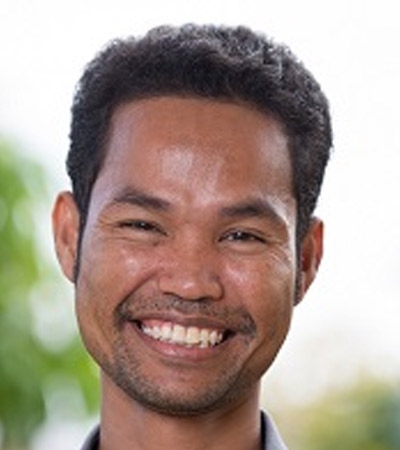 Se has a passion for social justice as well as community and international development. He joined This Life in 2008 as the very first staff member. Currently, as Deputy Director, Se is responsible for leading and managing operations. Additionally, he also supports the Executive Director in developing and implementing This Life’s strategic plan and partnership management. Se has over decade of proven experience overseeing multiple programming thematic areas, including education, poverty alleviation and livelihoods, child justice and protection, health, gender equality, MEAL and research.

He holds a BA in English Translation and Interpretation from Build Bright University, a MA in Public Administration from Royal University of Law and Economics, and an Executive Master in Development Policies and Practices from the Graduate Institute of International and Development Studies. 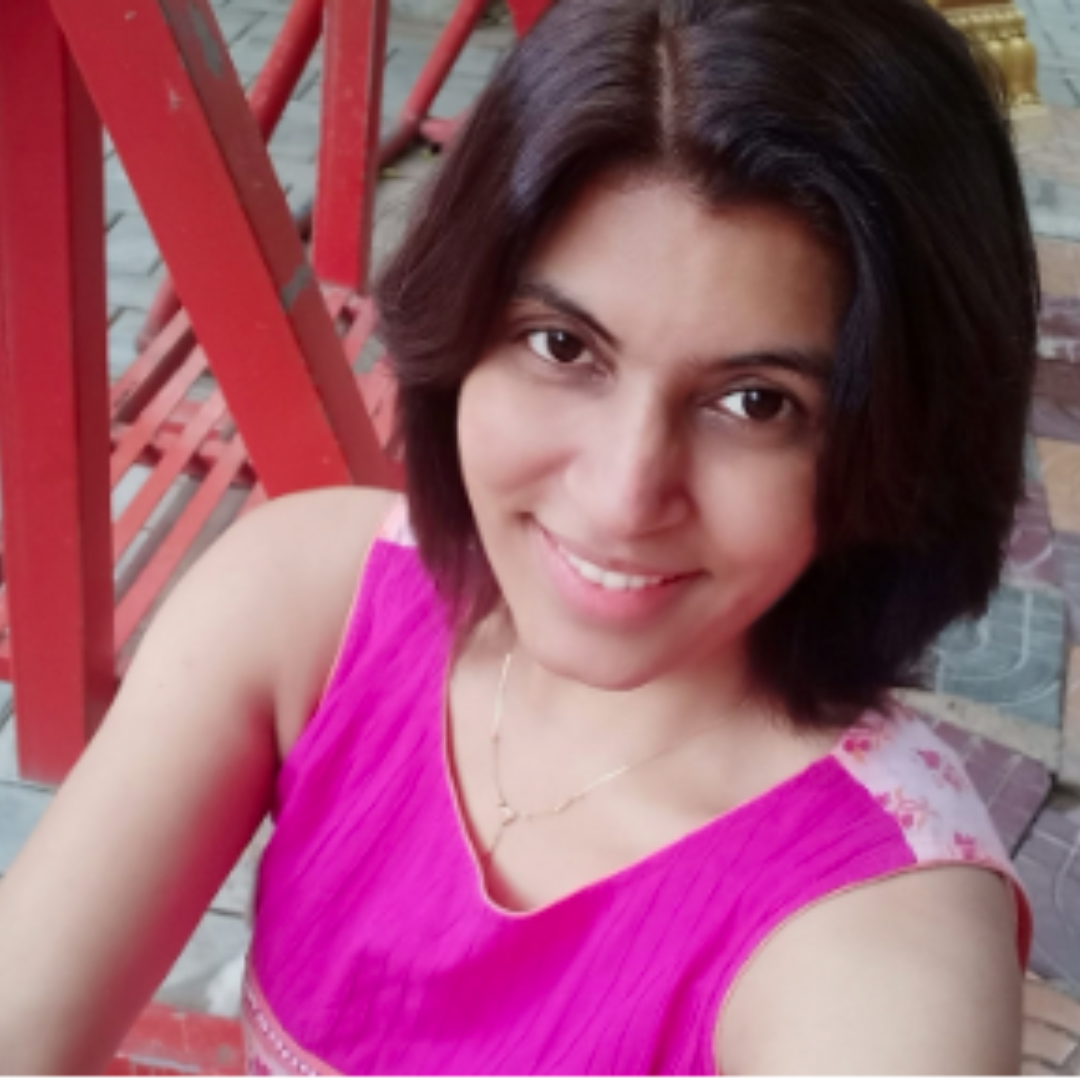 Dhanita has 15 years of experience working in for-profit organisations. She joined This Life in January 2021 as an Executive Support Officer, bringing with her a wealth of administrative management experience. Considering her experience, work, and perseverance, she was promoted to the Director of Shared Services in January 2022.
She previously worked in the banking sector in India and later as a volunteer teacher for children in marginalised communities before moving to Cambodia in 2010. She spent ten years in Cambodia working in different fields, from Sales and Marketing, visiting every region in Cambodia, gaining a thorough understanding of Khmer Culture and forming strong bonds with the people of Cambodia to production, teaching and as an entrepreneur.
Dhanita holds a degree in English Literature and Psychology and is fluent in English, Hindi, Malayalam, and Gujarati, with a fair understanding of the Khmer language. 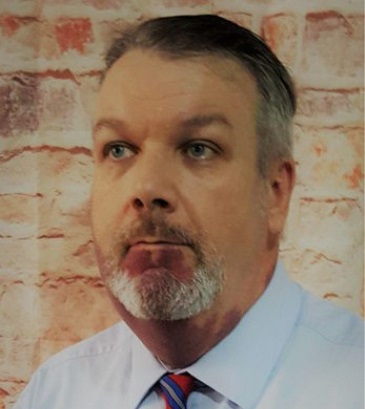 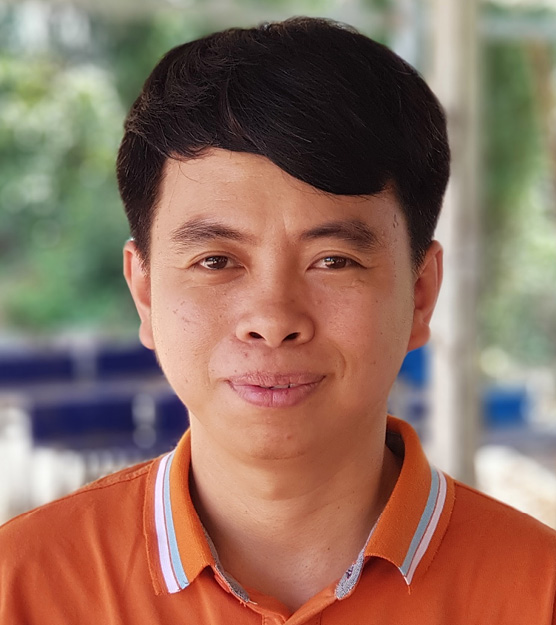 Sochann brings over ten years of experience in finance, taxation, management, auditing, finance risk management and leadership to his role as Finance Manager at This Life. He has worked in the not-for-profit sector since 2008 as a senior accountant, and in 2018 he began working at This Life as an accountant. Sochann holds university qualifications in both accounting and information technology, and he is highly skilled in the use of accounting software such as QuickBooks. 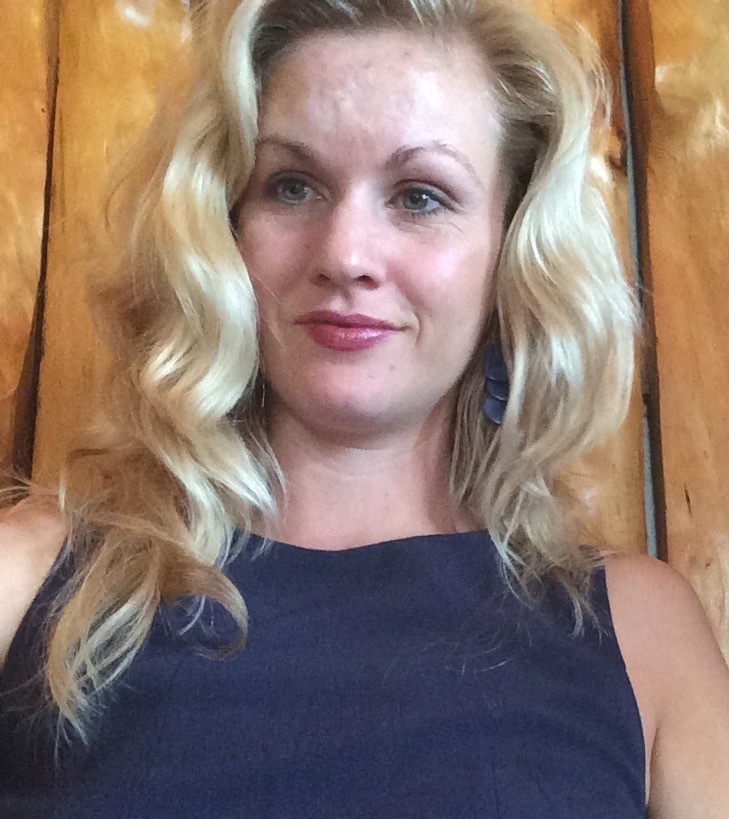 Johanna has an undergraduate degree in Anthropology and Politics and wrote her honour's thesis on the child soldiers of the Lord's Resistance Army in Uganda. She has a Masters degree in International Development and a PhD in Anthropology on the Fuerzas Armadas Revolucionarias de Colombia (FARC) in Colombia.
She has travelled through may parts of the world including the Middle East, Africa, Latin America, North America, Asia, the Pacific Islands and Europe. She has more than 15 years experience working in research and development, specialising in human rights issues, specifically women's rights and children in war. She has numerous publications including a book based on her doctoral work in Colombia. 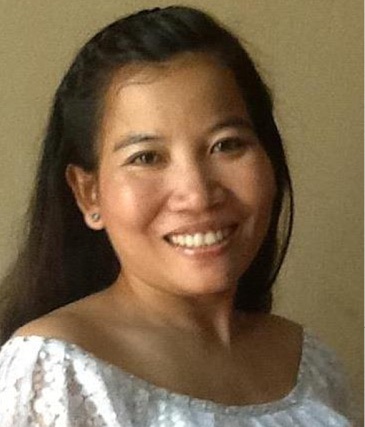 Borany and her team manage the Communities section and its programs, with a particular emphasis on improving education and ending violence against women. Previously the LSSDP Coordinator at This Life for five and a half years, Rany returned after working with Save the Children for two years. Her experience of working collaboratively with NGOs and government partners is critical in providing the technical skills, knowledge and network to ensure the successful implementation of This Life’s education initiatives. Borany holds a bachelors degree in Economic and Social Science and a Masters Degree in Development Management. 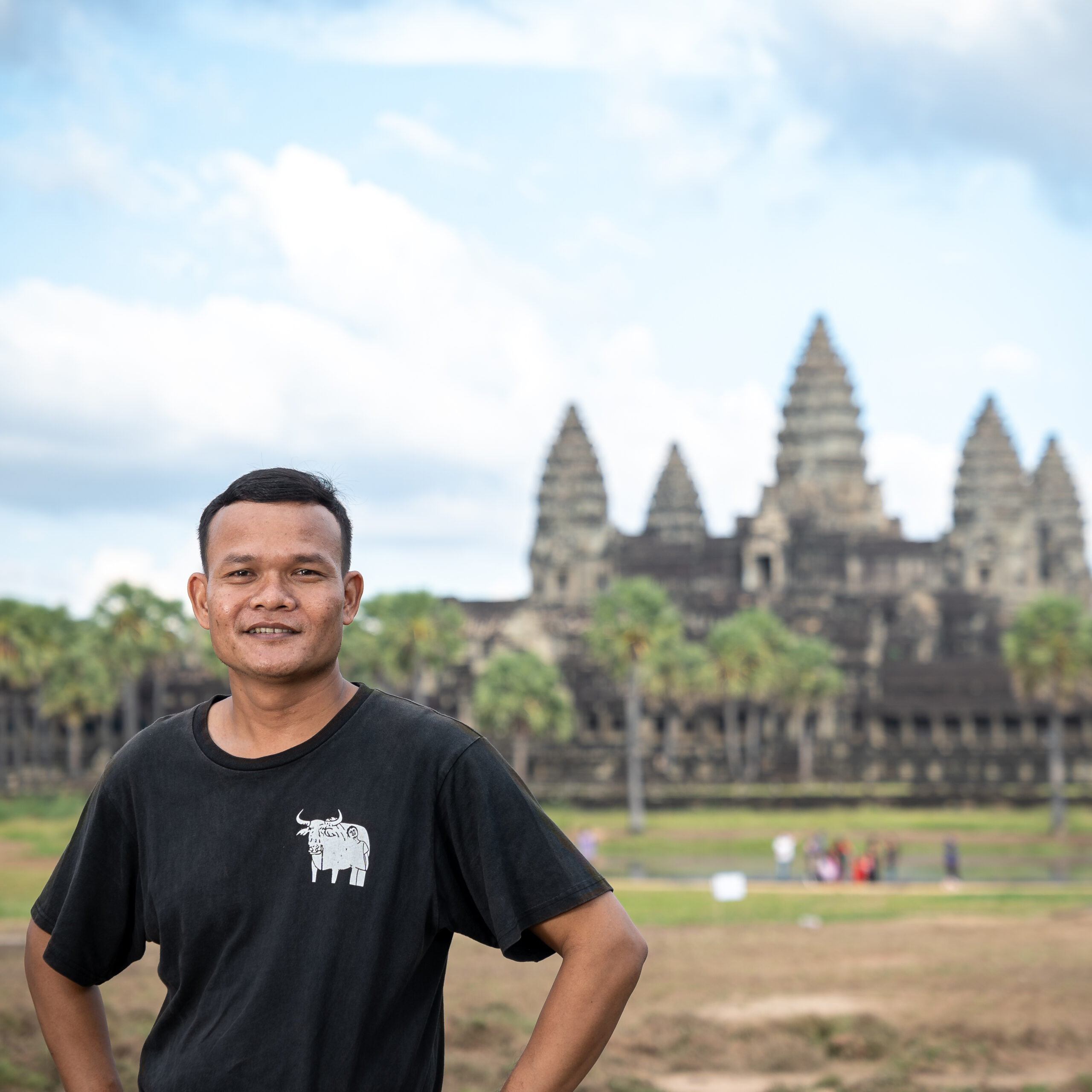 Sam holds a bachelor’s degree in business administration and is one of our most tenured TLC members, having joined all the way back in 2012. He spent his first 3 years here working as a Program Officer, supporting efforts to transform the lives of minors in conflict with the law. He then advanced into a Program Coordinator role, leading the This Life Beyond Bars program team, supporting vulnerable families at risk of separation when a parent comes into conflict with the law.
In July 2022, having accomplished so much at every level , he was promoted to Children and Families Section Lead. 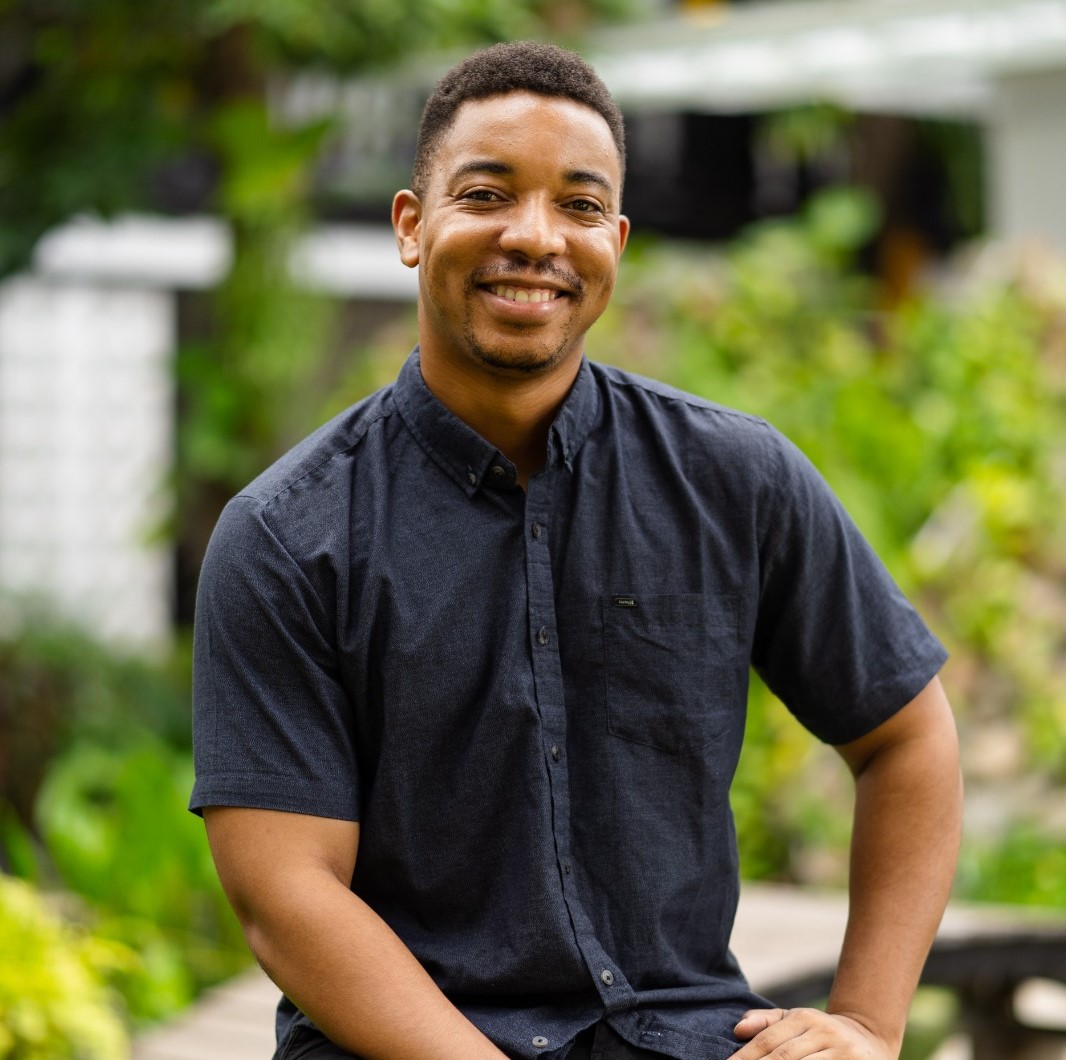 Thabiso joined This Life in April 2022. He brings over 5 years of diverse communications experience from all over the world, working with large NGO’s and grassroots organisations. He has successfully run online viral campaigns, built online companies, expanded the communications capacities of various nonprofits, & leveraged relationships with strategic influencers and partners to further organizational goals. He holds a bachelor’s degree in political science with a masters in international communication and international relations. 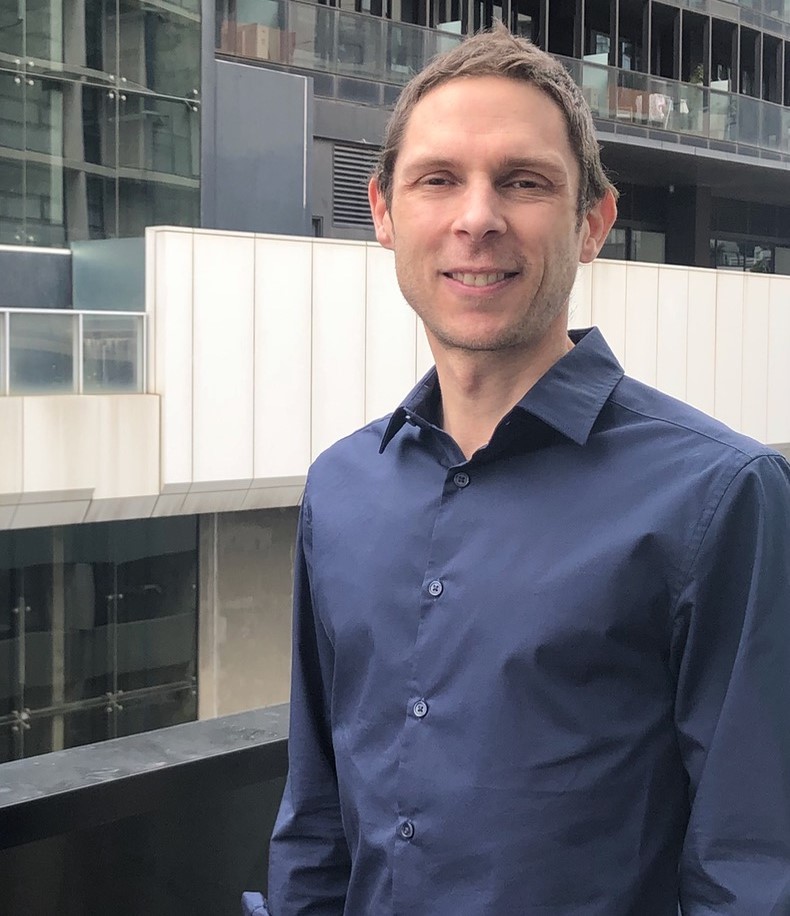 Craig joined This Life as the Business Development Manager in June 2022, and also currently works as a senior policy specialist at Victoria Legal Aid (Australia). He was previously based in the pacific island nation of Palau as Legal Counsel to the Vice President and Minster of Justice where he played a leading role in developing a coordinated inter-agency response to combat international human trafficking.

An experienced lawyer with a background in strategic policy and international development, Craig has previously worked for Australia’s Department of Home Affairs, the United Nations Mission in Liberia (West Africa), and a major Australian community legal centre. He holds a Bachelor of Arts (History and Political Science) from the University of Melbourne, a Bachelor of Laws from La Trobe University, and a Postgraduate Diploma in Legal Practice from Monash University. 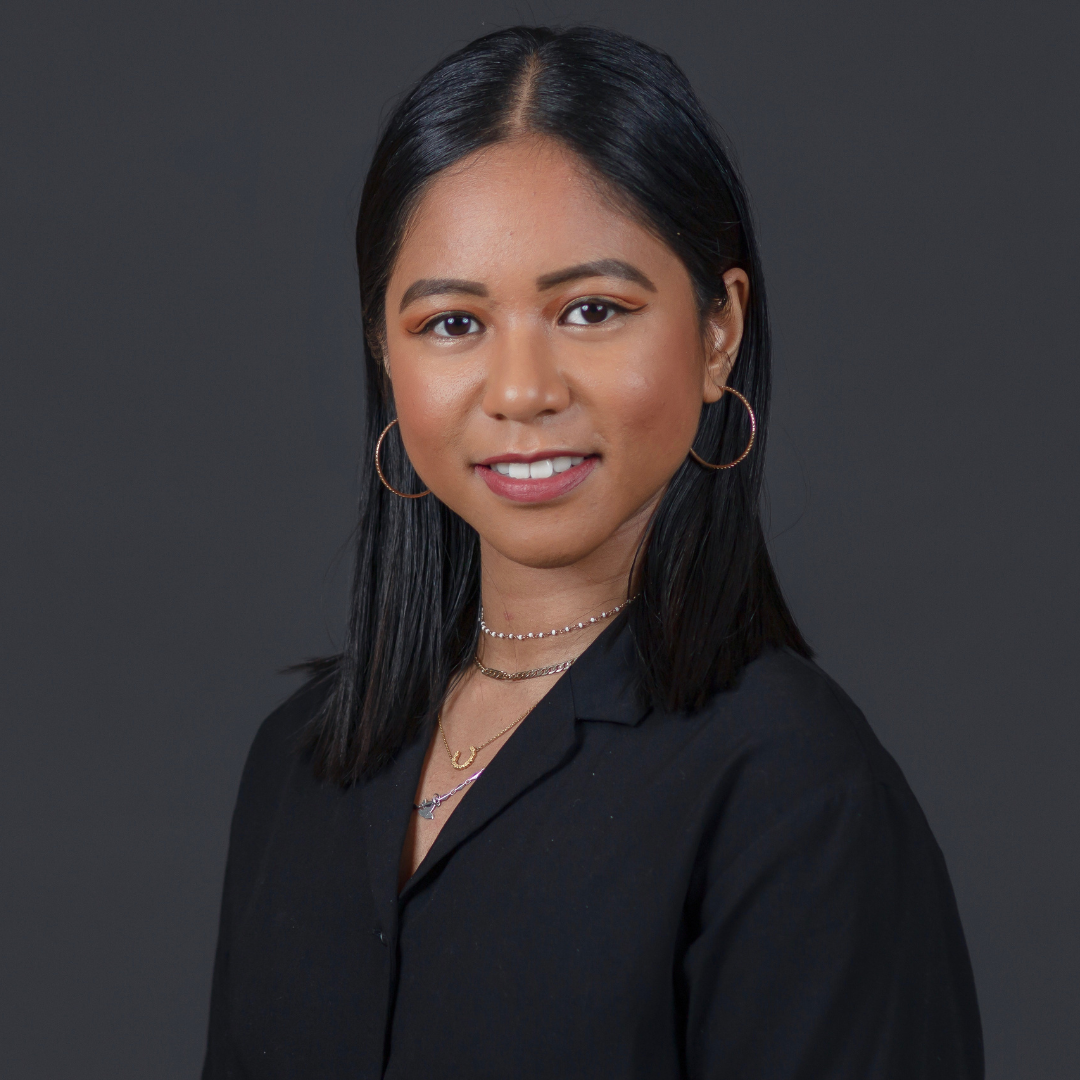 Lauriane Andriamampianina holds a Bachelor's Degree in Political Science and Human Rights. She is passionate about serving others, which led her to start a career in the non-profit sector. Therefore, after graduating from Concordia University in Canada, she volunteered as an English Teacher in Indonesia for a few months and developed a strong interest in growing her career in Human Rights, focusing on the Southeast Asian region. Lauriane built a wealth of skills through experiences with diverse NGOs, from climate change to the education sector to human rights and child protection.
Given her varied skills in communication, fundraising, reporting, grant writing, research, and donor relations, she received the opportunity to become the new Strategic Partnerships Manager at This Life. In this role, Lauriane hopes to continue to grow and positively impact Cambodia and beyond.